Hello and welcome to the final JOS Tic Tac Toe challenge blog of the year! What a year of creativity it has been. I'd love to take a chance to thank Fiona for organising us, the other members of the team for their inspiration, the other JOS members for their support and enthusiasm and to everybody who visits the blog and takes part. It is something I do struggle to find time for these days but which I just have to remain a part of because of the wonderful community around it. 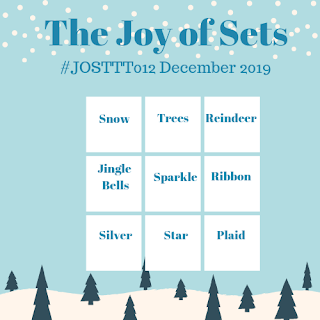 This time the grid was designed by all of the design team with us all choosing elements.  Of course I had to have Jingle Bells included as I'm such a Jingle Bell fan. No surprise then that I opted for a line which included them, I right went right across the middle horizontal with Jingle Bells, Sparkle and Ribbon. 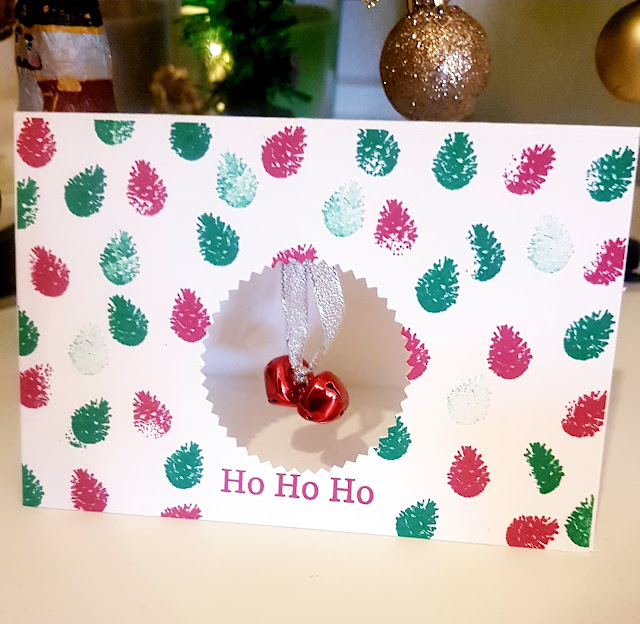 Now I'm not going to lie, this card is super simple and uses very few materials. I kept is so simple and met the brief just with the dangly centrepiece alone. The sparkly ribbon I think is a retired Stampin' Up!, the stamp set used for the sentiment and the pine cones is from the current seasonal Stampin' Up! supplementary catalogue and the inks used are also Stampin' Up!, Lovely Lipstick and Call Me Clover, I used a Whisper White extra thick cardstock and some tombow, a starburst punch and that was all it took to create this fun card.

Have fun joining in with the #josttt012 challenge, we love to see your entries.

Have a great weekend! 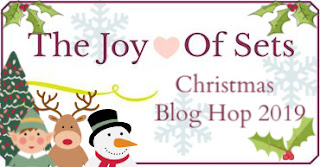 Welcome to the final blog hop of 2019 for us over at the Joy of Sets on Facebook. It's been a very eventful year for me as a person and for us as a family and for us as a papercrafting group! So many fabulous creations, so much sharing and supporting, so many ladies going through tough times and the happiest of times. It has definitely been a hectic year and I for one am hoping for a quiet, peaceful Christmas. Before that though let me share with you my final Joy of Sets Blog Hop card for the year and please click on the leaping deer below to go back or forward to look at the other gorgeous papercrafting projects in this final hop of 2019. 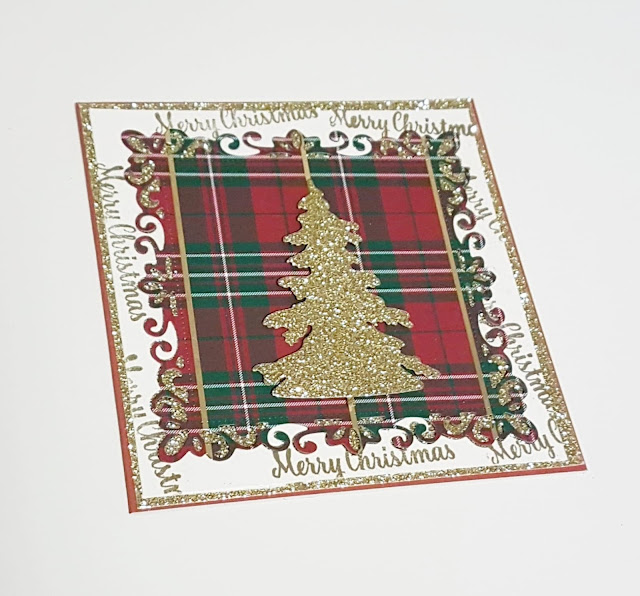 The theme for this one is Anything Christmas Goes and so I chose super traditional, plaid, gold, reds, greens, glitter, fancy patterns... how much more traditional could I get? 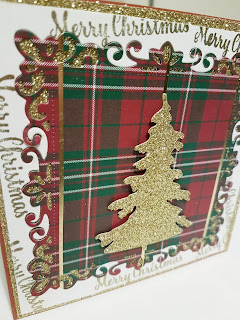 I took a 5x5 red card base and added a mat of gold glitter card which was an eighth of an inch smaller on each side. then I took a fancy edged square die and cut out a shape from a piece of white cardstock which was 43/4 square. I put the cut out aside to use on another project but kept the 'frame' of white cardstock. 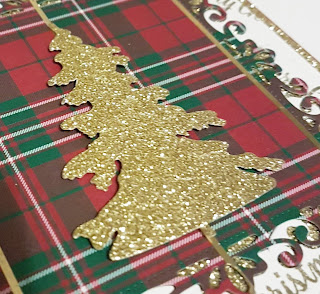 I then stamped all around the edge and using gold heat embossing powder I added Merry Christmas randomly to that white frame.  Next I took the same fancy square die and cut out a piece of plaid which is gold foiled too (Stampin' Up!) and I inset that to the white frame. When I glued it all down onto the glitter mat this allowed for the glitter to show around the edge of the white but to also shine through the intricate cut outs in the white and plaid. I just love how it looks. To finish it all off I took a fir tree die from an old set and cut a tree from glitter paper and fastened it on using dimensionals. That was it. So simple and yet I think it looks beautiful. I will be making more of these for sure and will film a tutorial eventually. 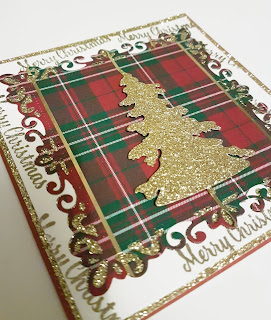 Thank you so much for dropping in today. I hope you have an amazing weekend, I'm on my way out to brave Ikea to have a look at their Christmas offering.

Remember to hop forward to Angie's blog and back to Jackie's using the deer below. 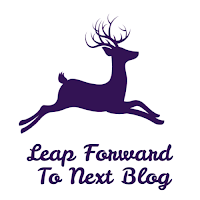 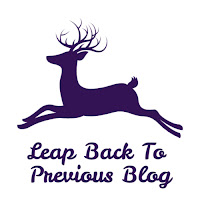 Perhaps due to a theme which was too difficult to interpret into a project (it was a square card/project with illumination or sparkle) or due to time constraints, other things happening and all manner of reasons, the blog hop this month was cancelled. (Or maybe it wasn't! I'm not even sure myself and I organise it. That's how hectic things are!)

I had already done my project so I'm sharing anyway and I do accept a lot of the responsibility for the hop not happening as planned my organisation and cajoling skills were far from being on point. 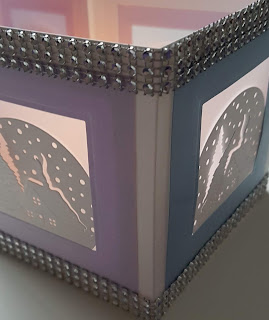 So here is my contribution anyway. It's a super simple concept of a flat fold card which pops up essentially to have a battery operated tea light popped inside to send out a warm Christmasy glow through the vellum around the sides. A type of lumiere. The front is layers of squares keeping with that element of the theme and for some sparkle I've added tons of rhinestones which were the type which are attached to a mesh. I didn't sit and put each on individually just in case you were wondering! The front of the card with the silver heat embossed sentiment becomes the back of the box when it is in operation. 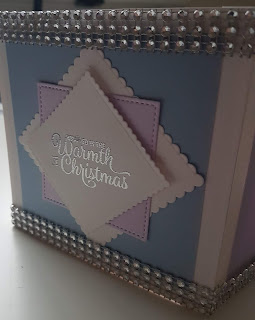 I'm not usually the biggest fan of wintery home scenes but they're beginning to appeal more. I think in project like this they create a really pretty, almost heart warming image. I lined the back/front whichever way you look at it with a soft pink mirror card which allows a gorgeous reflection of the tea light so gives a bit more bang for buck. 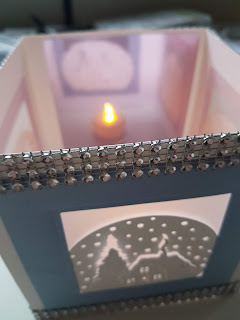 I chose what I felt to be less traditional Christmas colours but ones which I felt were kind of frosty colours, both from the latest In-colours from Stampin' Up! the die cut is fabulous and was a freebie front of magazine kit which was intended to make a snow globe card. I just love it, it gives some added dimension and allows for the light to shine through the vellum perfectly. The die cut is sandwiched between vellum and the coloured card which is then overlaid onto the white base. Sections cut out from the centres are used to layer up for the front/back of the card. I used a stitched shape framelit for these as they leave a kind of bevelled edge which I love. It just gives a really nice finish. 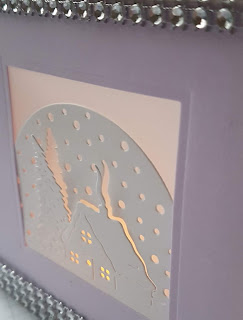 I do have a video tutorial but when I'll get around to editing and uploading is anyone's guess but when I do I'll link it, otherwise go and subscribe to my channel and you'll see when it goes live.

Have a happy weekend! 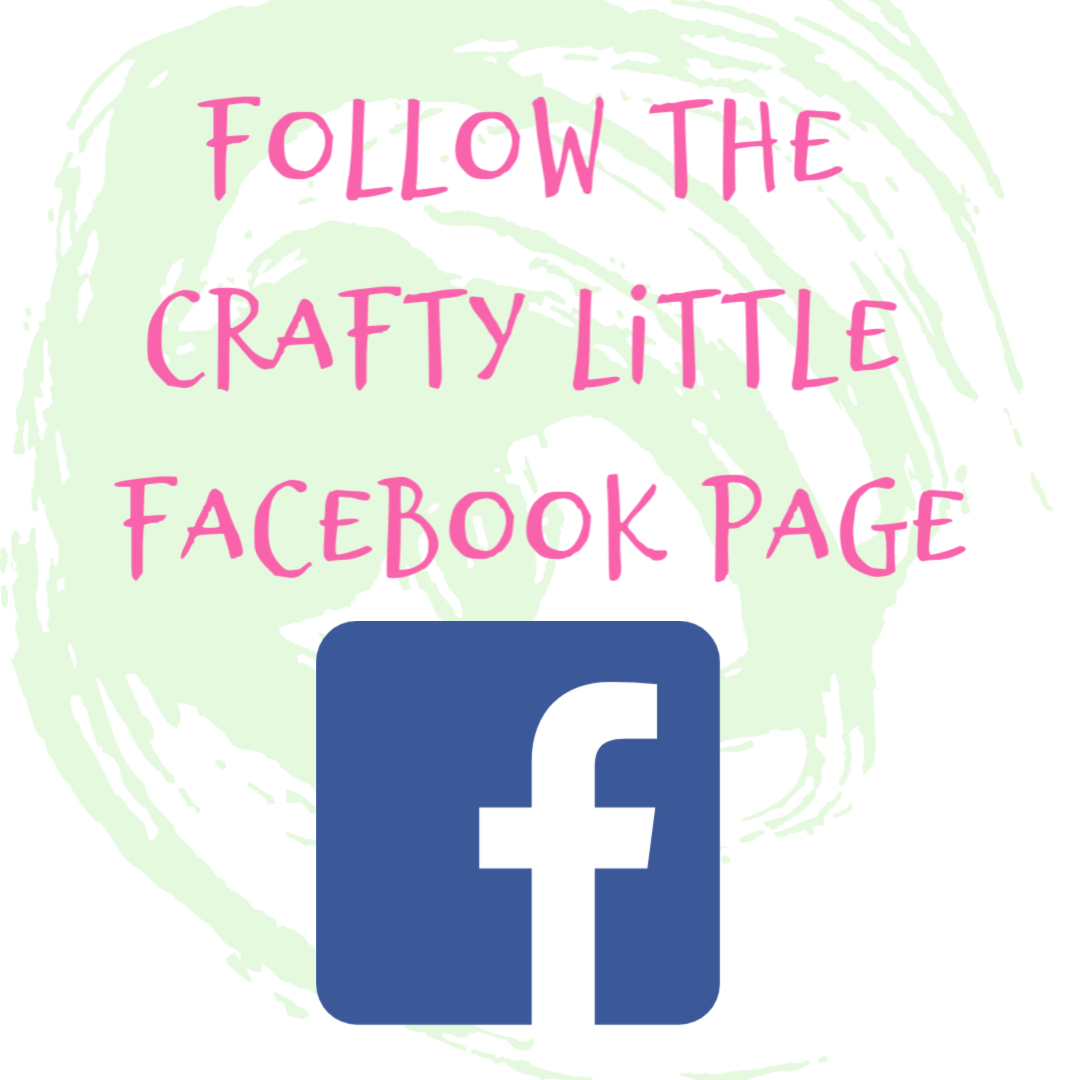